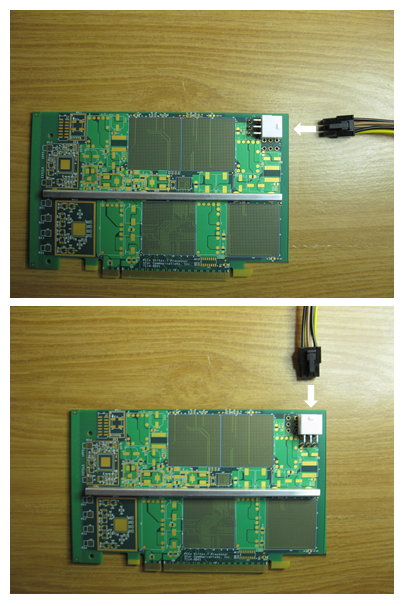 To allow for installation of a PVP card in any host computer system, there are three connector types and two mounting orientations to choose from when ordering a PVP card that uses the auxiliary power connector.  These are as follows: